Do you want to charge your devices while on the go? Since this is the twenty-first century, anything is feasible, including powering your electronics while you’re on the go. You can do this with a solar battery charger.

A solar battery charger is a device that uses sunshine to generate electricity, which may then be used to power electronic items such as mobile phones, cars, laptops, fans, and lights. You can use a battery management system with it for better performance. 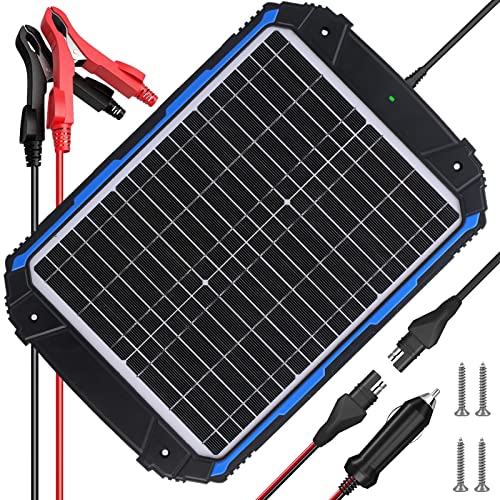 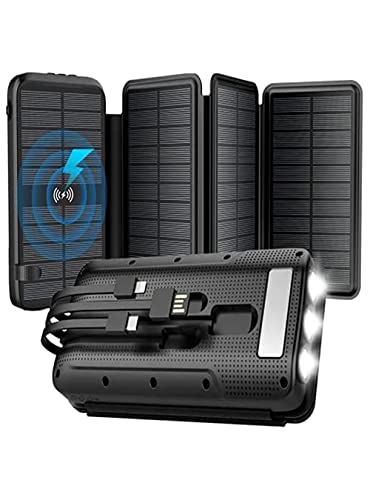 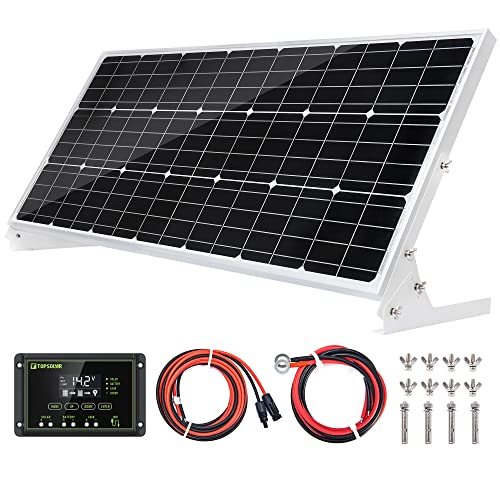 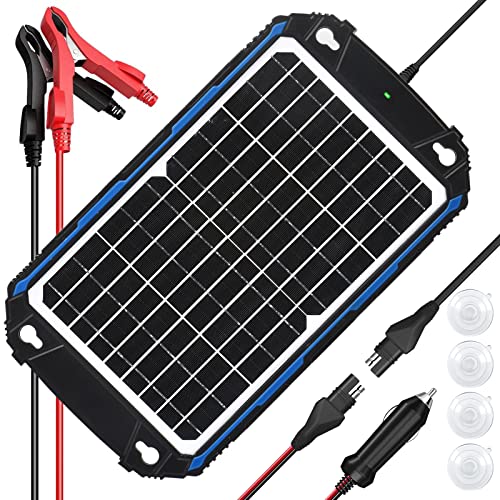 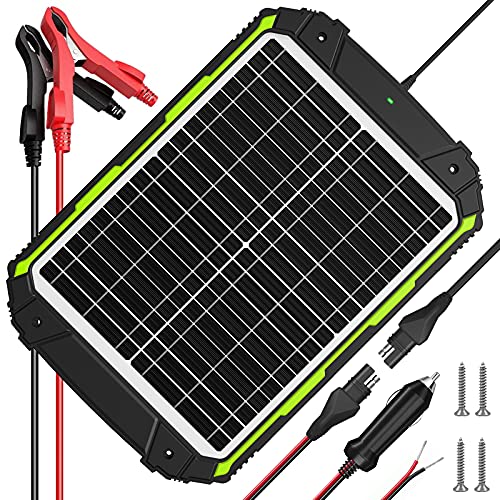 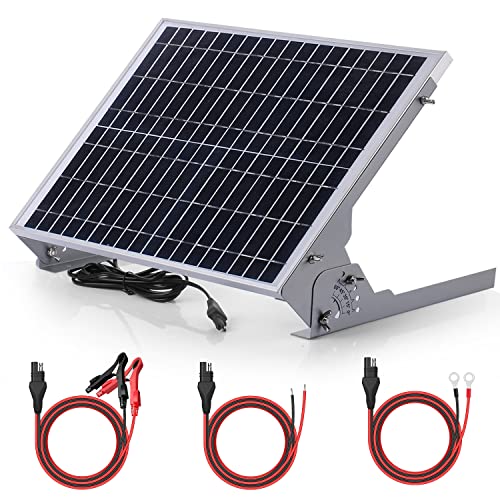 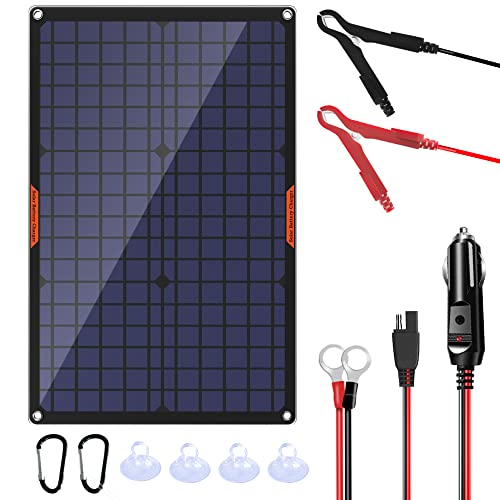 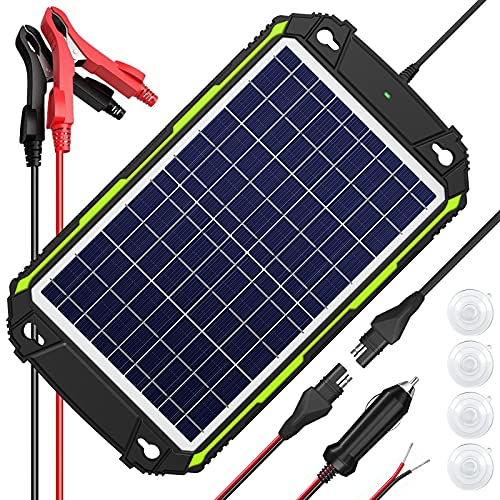 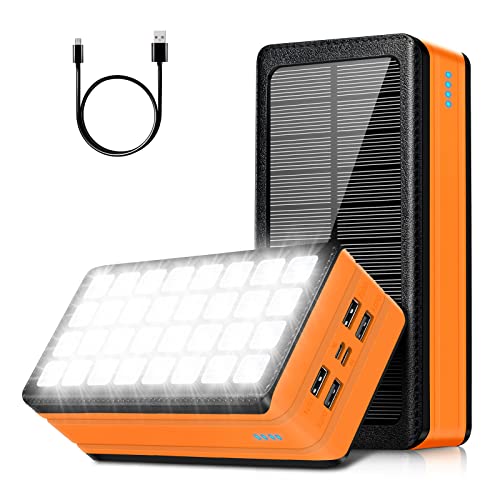 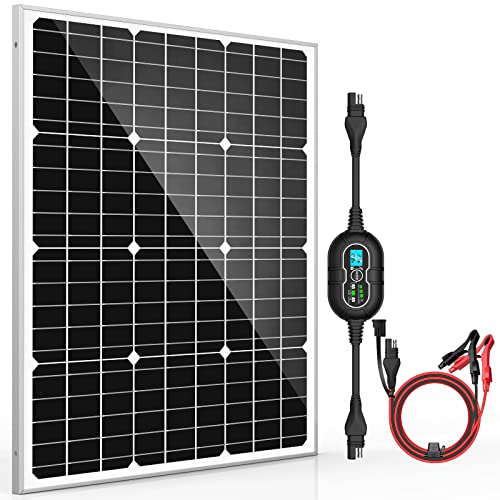 The convenience of portability is a major benefit of these solar battery chargers. This makes them useful anytime and everywhere. There are occasions when multiple solar panel charging stations are set up in one area. These can be connected to a battery array to provide backup power during peak demand periods. If there is enough sunlight, you can use your devices even if the battery dies.

Intriguingly, solar battery chargers can be found in a wide range of dimensions. They range in size from fitting in the palm of your hand to the size of a full-size picnic table. These are, needless to say, incredibly practical for regular use.

This article will highlight the benefits of solar battery charger and how it works.

How does a solar battery charger function?

There are a few different processes that must be carried out in order to turn solar energy into electricity. Solar battery chargers use sunlight as an energy source. Sunlight’s photons have enough energy to eject electrons from their orbits in certain materials, most notably silicon, the material used in most solar cells. The photoelectric effect describes the process by which photons can separate electrons from their correlated states.

Electricity is produced when the two sides are connected by an indirect circuit, such as the terminals of a solar battery charger.

However, a solar battery charger will not charge the lithium-ion battery in your mobile device. In its place, most devices use a rechargeable battery. This is charged by the solar panels, and the power is subsequently transferred to your device, eliminating the need for an additional power supply. Moreover, the charge is optimized by using a battery management system.

Is it true that solar battery chargers are effective?

Like any other product, the cost and quality of solar battery chargers can range widely. It’s normal to be wary of cheap solar batteries or inflated expectations if you’re just starting with solar power. High-quality solar batteries and chargers are effective when used correctly.

Solar battery chargers can be used everywhere there is direct sunlight, unlike conventional charges. This may seem foreign if you’re used to plugging things into wall sockets. At first, you might be unconvinced that a solar charger can provide sufficient energy to run your car, house, or solar battery lights.

You may be certain that solar battery chargers work, but new users should know their limits. Since solar panels need light exposure to charge, this type of energy generation is limited to daylight hours. A solar battery won’t charge as fast or as completely as one connected to a wall socket.

What are the disadvantages of using solar battery chargers?

Secondly, a solar battery charger only outputs a small current. Therefore, rather than being used to revive a completely discharged battery, it is more often put to use in sustaining the charge already present in one. Consequently, these batteries can be used as a backup rather than as a sole power source. Thus, it is good for powering a battery light.

Things to look for in a solar battery charger

There are a plethora of solar battery chargers on the market, making a decision difficult. The following are some details to keep in mind while shopping for a solar charger to meet your electrical needs:

There is a wide range of sizes for solar battery chargers. The size of the charger, however, increases proportionately with the amount of power required. A 12-volt battery charger is a convenient option for charging a car’s battery because of its portability and low weight.

They are portable and can be stored conveniently in a car. In addition, it can support heavier loads, such as automobiles, bicycles, boats, etc.

An effective solar battery charger quickly absorbs the sun’s energy, so you can relax even if there isn’t much of it. As a result, you can benefit from them even in the winter, when there is less sunlight.

Solar battery chargers typically have a voltage range of 2.1 to 18. You can quickly recharge the higher-powered ones, while the lower-powered ones won’t drain your battery.

Having a solar battery charger with a number of different plugs means more flexibility. Power cords come in a variety of sizes, and you’ll have to pick one. You may have trouble connecting it to your charger if it is too small.

The needs of your system will determine the optimal solar battery charger. Some of the smaller, cheaper chargers can only be used for one purpose, like charging a phone. Some are more flexible and can be charged by a variety of devices thanks to adapters.

Understanding the output of all of your accessible energy sources is a prerequisite to calculating your solar power requirements. The second step is to calculate your daily energy requirements.

The frequency with which energy disasters have occurred recently has compelled the world to seek better alternatives for power generation, such as solar battery chargers. Because of its efficiency and other advantages, people will have no trouble making the transition to this renewable energy source.

Similarly, portable energy gadgets that can be charged via solar panels are useful in pretty much any place the sun shines. Furthermore, it generates electricity using a sustainable and dependable energy source, so it is risk-free for use.

2. Everything you need to know about battery lights 2022